In November 2021, the world lost Kim Cameron, a champion of digital identity. In honor of this esteemed thought leader, trailblazer, and beloved friend, members of the identity community have shared their fond memories with Kim and continue to celebrate his legacy.

Kim might no longer update his blog, nudge identity products toward his vision or give inspiring, generous talks to audiences large and small, but his influence looms large in the identity industry – an industry Kim changed forever. A lot has been written about Kim’s legacy to the industry, by people who write far better than yours truly, hence I won’t attempt that here.

I owe a huge debt of gratitude to Kim: I don’t know where I’d be or what I’d be doing if it wouldn’t have been for his ideas and direct sponsorship. That’s something I have firsthand experience on, so I can honor his memory by writing about that.

Back in 2005, still in Italy, I was one of the few Microsoft employees with hands-on, customer deployment experience in WS-STAR, the suite of protocols behind the SOA revolution. That earned me a job offer in Redmond, to evangelize the .NET stack (WCF, workflow, CardSpace) to Fortune 500 companies. That CardSpace thing was puzzling. There was nothing like it, it was difficult to develop for, and few people appeared to understand what it was for. One day I had facetime with Kim. He introduced me to his Laws of Identity, and that changed everything. Suddenly the technology I was working on had a higher purpose, something directly connected to the rights and wellbeing of everyone – and a mission, making user-centric identity viable and adopted. I gave myself to the mission with abandon, and Kim helped in every step of the way:

Those are just the ones top of mind. I am sure that if I dig through his or my blog, I’d find countless more. It’s been a huge privilege to work so closely with Kim, and especially to benefit from his mentorship and friendship. I never, ever took that privilege for granted. Although Kim always seemed to operate under the assumption that everyone had something of value to contribute, and talking with him made you feel heard, he wasn’t shy in calling out trolls or people who, in his view, would stifle community efforts.

Kim’s temporary retirement from Microsoft and eventually my move to Auth0 made my interactions with Kim less frequent. It was always nice to run into him at conferences; we kept backchanneling whenever industry news called for coordinated responses; and he reached out to me once to discuss SSI, but we never had a chance to do so. As cliche as it might be, I now deeply regret not having reached out more myself.

Last time I heard from him, it was during a reunion of the CardSpace team. It was a joyous occasion, seeing so many people that for a time all worked to realize his vision, and touched in various degrees by his influence. His health didn’t allow him to attend in person, but he called in and we passed the phone around, exchanging pleasantries without knowing we were saying our goodbyes. I remember his “Hello Vittorio” as I picked up the phone from Mike – his cordial, even sweet, tone as he put his usual care in pronouncing my name just right – right there to show the kindness this giant used with us all.

I was working on the same team as Kim at Microsoft, around 2010. Kim was working from France, and we’d set up a big-screen TV (still relatively rare at that time) so that we could have meetings with him as a floating head on a screen (also rare at that time). He came on camera with his usual cheerful self and tinted glasses, and one of us asked, “Hey Kim, you’re in France – where’s the wine?” Kim smiled, reached off-camera, and continued to smile as he slowly slid a full wine glass across his desk, into the frame, then slowly slid it back off again.

I’d never met Kim before, and I was at an event at Microsoft where he was speaking. In my youthful zest and awkwardness, I made a comment that accidentally called out the fact that he hadn’t attributed one of his main slides to its author. Kim took it totally in stride and thanked me, and after the meeting, graciously spent a few minutes talking with me 1:1 as we waited for our rides – sharing his characteristically thoughtful insights, and not once mentioning my gaff from the meeting. Ever the gentleman!

I still cite Kim’s Laws of Identity semi-frequently in my role. Most often it’s Law #1, to hold the line for the empowerment of the user in a digital world that relentlessly conspires, intentionally or otherwise, to lay us all bare.

At EIC in Munich, Kim was, of course, a member of a panel. The room was loaded, but at the start of the session Kim was not there –  probably held up by someone in the conference building, as was often the case.

The panel discussion did not start before Kim entered, some five minutes late. Everyone understood that a panel without Kim, cannot be called a “panel.”

Reification. I learned that word from Kim. In the immediate next breath he said from the stage that he was told not everyone knew what reify meant and that he would use a more approachable word: “thingify.” And therein I learned another lesson from Kim about how to present to an audience.

My memories of Kim come in three phases: Kim as Legend, Kim as Colleague, and Kim as Human, and with each phase came new things to learn.

At some point something changed…Kim was no longer an unapproachable Legend. He was someone with whom I could talk, disagree, and more directly question. In this phase of Kim as Colleague, I was lucky enough to have the opportunity to ask him private follow-up questions to his presentation. Leaving aside my “OMG he’s talking to me” feelings, I was blown away by his willingness to go into depth of his thought process with someone who didn’t work with him. He was more than willing to be challenged and to discuss the thorny problems in our world.

Somewhere in the midst of the Kim as Colleague phase something changed yet again and it is in this third phase, Kim as Human, where I have my most precious memories of him. Through meeting some of his family, being welcomed into his home, and sharing meals, I got to know Kim as the warm, curious, eager-to-laugh person that he was. There was seemingly always a glint in his eye indicating his willingness to cause a little trouble.

The last in-person memory I have of him was just before the pandemic lockdowns in 2020. I happened to be lucky enough to be invited to an OpenID Foundation event at which Kim was speaking. He talked about his vision for the future and identity’s role therein. At the end of his presentation, I and others helped him down the steep stairs off of the stage. I held onto one of his hands as we helped him down. His hand was warm.

In the #IDPro #BodyofKnowledge, @andrewhindle examines the implications of the #GDPR on #IAM process and system design. Read the article for an introduction to best practices for ensuring demonstrable compliance with the Regulation: https://bit.ly/3HFiH5l #Identity

Have you checked out the Industry News section on the #IDPro website? Read in-depth articles from the IDPro member newsletter, industry news, #CIDPRO certification details, and the latest developments in digital #identity: https://bit.ly/3BOe8lU #IAM #DigitalIdentity

Register for #Identiverse 2022 now to connect with the brightest minds in the #Identity Industry, experience unparalleled education, collaboration, and insight into the future of Identity. Register today to attend in Denver CO, June 21-24: https://bit.ly/2ZDMzi4 #IAM

In Nov. 2021, the world lost Kim Cameron, a champion of digital identity. In honor of this thought leader, trailblazer, and beloved friend, members of the identity community have shared their fond memories with Kim and continue to celebrate his legacy: https://bit.ly/3fgif1a

In the #IDPro #BodyofKnowledge, @GoneSecuring and @cameronka outline the types of #DigitalIdentities that must be managed, various stages of a digital identity, and describe the typical beginning-to-end lifecycle within or across multiple systems: https://bit.ly/3pV9DU0 #IAM 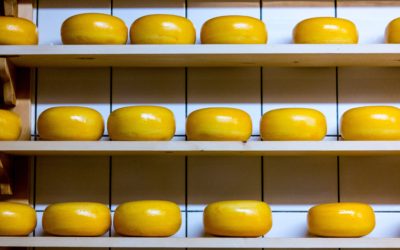 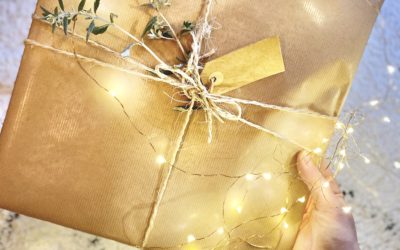 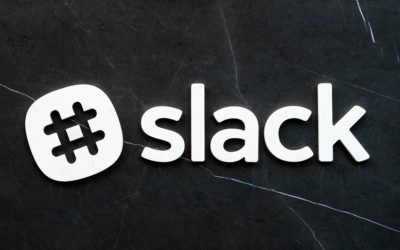 The Value of IAM